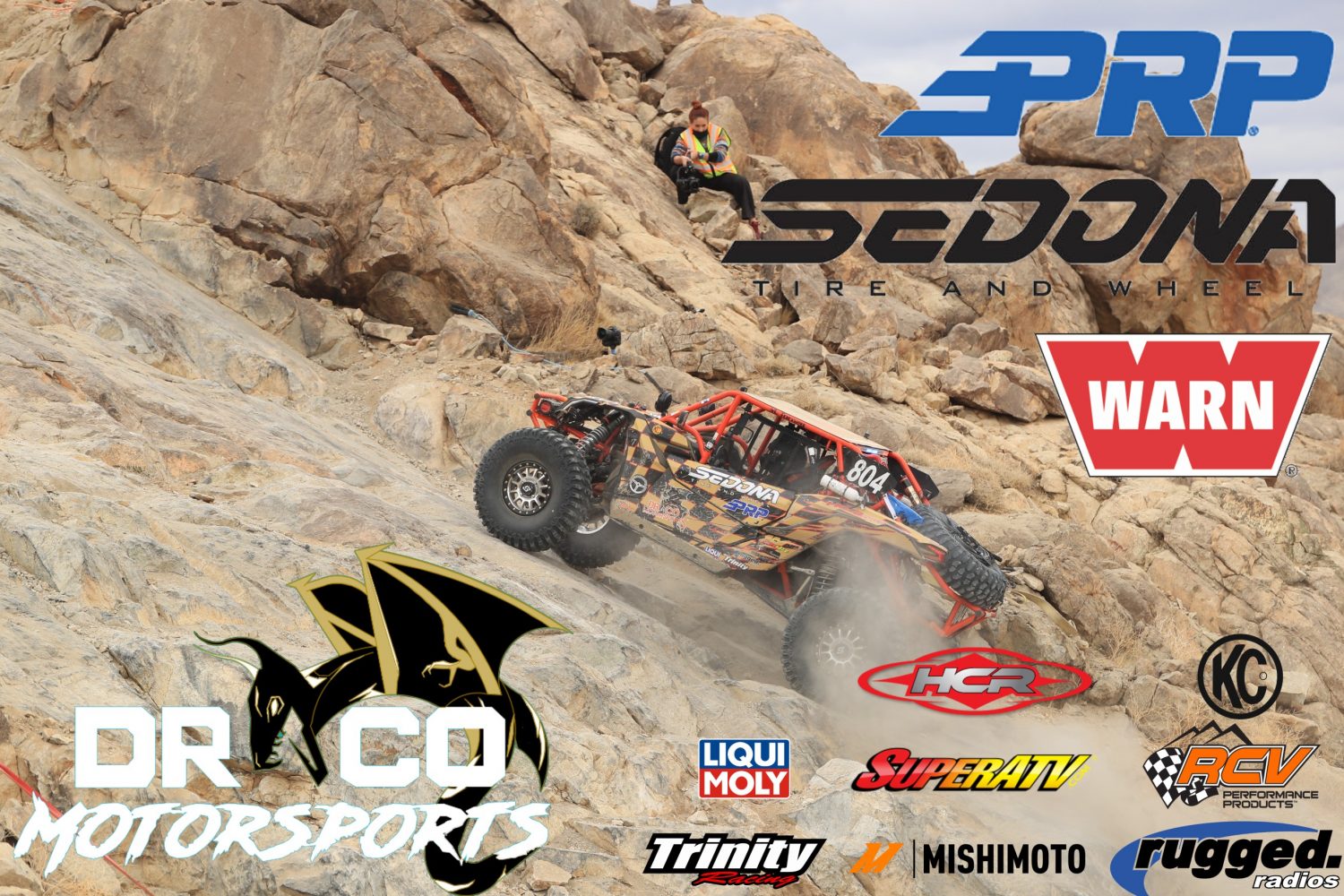 lEARN WHY BELOW
SUPERATV

Can-Am builds a phenomenal starting point of a vehicle but, in absolutely no way, do they design the X3 XRS to racing specifications. One of the primary limitations here is that many of the integral OEM components are weak. Like we talked about in the ‘KOH Preparations’ Series, even the roll cage weighed a pathetic 39 pounds. As we discovered throughout the season, our factory trailing arms had started to bend at the rear arm fillet (this is the area where the trailing arm curves out for the hub/spindle assembly). Any amount of contortion can be detrimental to your rear-end components: additional curvature can prematurely stress hubs, bearings, and, of course, your axles.

The new arms from SuperATV are built like a tank AND they offer a massive advantage for ground clearance. Possessing a flat profile on the bottom, as opposed to the large slant of the OEM arms, increases the rear clearance by approximately 4 inches. In the rocks, this is a game-changing advantage and is something we will elaborate on in greater detail during testing. See the before and after images below:

They’re Strong, But What About the Weight?

When your considering accessories for your vehicle, especially on light-weight platforms like SxS / UTVs, the weight of your equipment has a particular importance. Trailing arms are no exception- dynamic mass (items like wheels, tires, shocks) has the largest impact on the drive-ability. The OEM trailing arms weigh 21 pounds while the SuperATV trailing arms weigh 26 pounds- considering the exceptional strength of the new arms, this is absolutely phenomenal weight management.

The OEM Trailing Arms Are Not Helping You

Have you ever noticed the shiny grooves on the insides of your OEM wheels? What about the massive barrage of rock chips on the outside face of the OEM trailing arm curve? The geometry of the factory trailing arms is conducive to roost and small rocks from the front tires. Considering the position of the fork (essentially at the middle of the factory trailing arm curve), it is an ideal position to accept incoming particulate- this gaping hole allows such matter to get transferred to the inside of the rear wheels. Once inside the wheel, small rocks can grind against the ‘mud-scrapers’ on the bottom of the hub and by friction, force large grooves in the aluminum. If gone unnoticed, these grooves can eventually wear all the way through and leave you with a very flat tire. Luckily, our new SuperATV trailing arms have a much more efficient geometry and, as it may seem, have eliminated this issue. We will update as the season goes on!

Driver of the #428 Draco Motorsports Polaris RZR. Co-Driver for the #804 Can-Am X3 during King of the Hammers. Ultra4!!

We are a father and son, combat-veteran owned race team specializing in all styles of UTV off-road racing. We’re fueled by passion and thrive on the thrill; we drive to overcome challenges and approach them head-on.